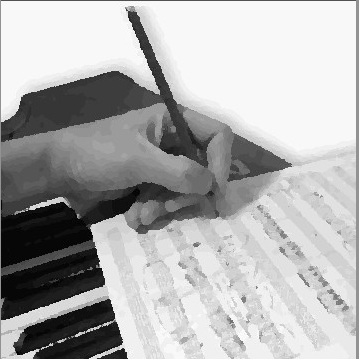 I am delighted to announce that I am a finalist in The American Prize 2022  music competition. My orchestral work, Soundness of the Sea for Violin and Orchestra, is among the  17 finalist in the Orchestral Division.  The competition receives submission from hundreds of composers throughout the United States and I am indeed ecstatic to be on this list! For complete list to this link  Here

The American Prize National Nonprofit Competitions in the Performing Arts, David Volosin Katz, founder and chief judge, is honored to announce 2022 FINALIST composers of orchestra music in the professional division.  Congratulations! (The professional division finalists were announced on Monday, April 25, 2022)

The American Prize National Nonprofit Competitions in the Performing Arts is the nation’s most comprehensive series of contests in the performing arts. The American Prize is unique in scope and structure, designed to recognize and reward the best performing artists, directors, ensembles and composers in the United States at professional, college/university, community and high school levels, based on submitted recordings. Now in its twelfth year, The American Prize was founded in 2010 and is awarded annually in many areas of the performing arts. Thousands of artists from all fifty states have derived benefit from their participation in the contests of The American Prize, representing literally hundreds of communities and arts organizations across the nation.  Information about the 2022-23 season of contests has been updated and applications are now being accepted. (http://theamericanprize.org) Soundness of the Sea for Violin and Orchestra is the first movement from the Quintet Suite~Sirens of the Salish Sea. I am in the process of orchestrating the entire work and will announce when complete. The Score and Parts for Soundness of the Sea are available at JWPepper HERE The link below will take you to my newly published music article, The Compositional Evolution of Tributum for Sonagrama Magaizine based in Barcelona, Spain. I am honored to have been invited to share my insights into composing music and the journey taken to write Tributum. Sonograma reviewed our fabulous CD Legends and Light v2 and you can read that review below.

Here is the link to my article and also to many articles on the site. This is an International Magazine and composers from all over the world are invited to write. Read and share wherever you choose!

Sonograma Magazine~” a magazine of musical thought and cultural diffusion”  based in  Barcelona, Spain, reviews music from artists throughout the globe. The entire review of the album, including fabulous descriptions of each composer’s orchestral work, is in Catalan and I used Google translate.  Read the complete Album Review HERE

“The composer Nan Avant, originally from the Pacific Northwest,
carries within her the great musical legacy of Peru. Tributum,
written for both Irish bagpipes and Scottish bagpipes (tuned at 440 Hz),
is a work of precious detail, in which the composer conveys to us the finesse
and tenderness of the skin of these heritage instruments.”    Carme Miro ~ Sonograma Magazine I am pleased to announce that my orchestral work, Soundness of the Sea from the Quintet Suite, Sirens of the

Salish Sea, is a semi-finalist in the Composers Music For Orchestra category of The American Prize 2022.

The list includes many accomplished composers (the list below is only the first half  the semi-finalists) with their original orchestral works and this competition is very competitive indeed! I am extremely grateful to be on this list!

Updates later as to the finalist will be. The American Prize Website  and the complete list of semi-finalist: “It is difficult to describe in words the whole storm of emotions that this great work causes. Emotional wave, which practically hits you and drives into this epic, orchestral cycle. Beautiful, live and ideal for everyone who needs music!

“The composer Nan Avant, originally from the Pacific Northwest,
carries within her the great musical legacy of Peru. Tributum,
written for both Irish bagpipes and Scottish bagpipes (tuned at 440 Hz),
is a work of precious detail, in which the composer conveys to us the finesse
and tenderness of the skin of these heritage instruments.”    Carme Miro-Sonograma Music Magazine

This Navona Recording, Legends and Light v.2  with The Royal Scottish National Orchestra, conducted by Grammy winner David Watkin and the amazing piping of Ryan Murphy, (Manran Irish band, from Co. Cork, Ireland, Uilleann Pipes and Lorne MacDougall, Glasgow, Scotland ( How to Train Your Dragon) on the Great Highland Bagpipes is a landmark recording for Tributum. The  recording took place in March  2021. Originally scheduled to be recorded in 2020 and postponed. The RSNO recorded in the Royal Glasgow Concert Hall, Scotland and due to the travel restrictions in 2021, the PARMA recordings had a production teams both  on the East Coast in Boston and on site at the Glasgow Concert Hall and as the composer of Tributum I was in Seattle on the West Coast for the recording session. The recording session was seamless regardless of the several time zones and remote experience.  I could easily discuss details with the PARMA team,  who would convey to the the conductor, essentially in real time.  I feel so fortunate that the RSNO had started to record music again and that Ryan Murphy, Lorne MacDougall and David Watkin and the entire PARMA team  were all available for this recording in Glasgow.

Tributum has been performed throughout the US and premiered internationally with the Edmonton Symphony Orchestra and the Royal Canadian Pipes and Drums under the direction of Lucas Waldin and originally premiered in Seattle with the NW Sinfonia Orchestra. Nan Avant, a native of the Pacific Northwest, was brought up in a peaceful pastoral setting amidst artists on her maternal side and the rich South American heritage of Peru on her father’s side. Music was constantly playing in the background of her early years. Symphonies, musicals, South American music, Tangos, and Peruvian waltzes all contributed to her love of music. At an early age, she began studying piano and continued through high school and college. At the age of 16, she and her sister lived with relatives in Lima, Peru while their parents embarked on an adventure, riding motorcycles from Seattle to the border of Panama and Columbia. Living internationally was life enriching and opened new vistas to her as a young person. Returning to the United States, she continued her piano studies and expanded her horizons by learning to play the balalaika, becoming a member of the Seattle Balalaika Orchestra. It was also during this time in her life that she began composing music for piano.. Avant reveived a BFA degree from California Institute of the Arts, and studied film scoring at  the Pacific Northwest Film Scoring Program  under the direction of two time Emmy Winner, Hummie Mann.

Avant has won awards for her music and is a four-time nominee in the Hollywood Music in Media Awards. Avant’s Tributum for Celtic Bagpipes and Orchestra won the 13th Annual Independent Music Vox Populi Award for Best Instrumental Song.

Avant’s music embraces thematic and rhythmic intentions often reflecting her Latin heritage, encompassing her passion for classical, jazz, world, and ethnic music. She has collaborated with indie filmmakers throughout the United States, creating soundtracks for documentary, feature, animation, and short films. She has been commissioned by Composers and Schools in Concert, and has composed music for Burmer Music Productions LLC for concert premieres with the Northwest Sinfonia Orchestra. Avant’s concert music has been performed internationally and throughout the United States, and her music can be heard on Navona Recordings and  CD compilations and digital platforms: Spotify, Apple Music, and Amazon music. Avant resides in Seattle WA . Avant reveived a BFA degree from California Institute of the Arts, BFA degree and attended the Pacific Northwest Film Scoring Program  under the direction of two time Emmy Winner, Hummie Mann Score and Parts Available at Sheet Music Plus I’m honored to have received a Silver Medal Award for Rememoramini, Tango ( Milonga) for Bandoneon, Piano and Strings

Score and Parts at JW Pepper

Score and Parts at Sheet Music Plus Listen Here to the program with Tributum or click the photo with below.

My piece, Tributum for Celtic Bagpipes and Orchestra aired last Wednesday Feb. 2, 2022 on WPRB Radio, a Princeton University Radio, New Jersey, a  broadcast with Marvin Rosen, his ” Classical Discoveries” which is a collection of works that he assembles, new works by living comosers. Tributum is on the above list at the end of the list. Thank you Nagamag for reviewing  Tributum (For Celtic Bagpipes and Orchestra) Tributum is on the NeoClassical Spotify list of Nagamag, an International Music Magazine based in Greece. Click on the link above to read listen to the Neoclassical music and Tributum

Click the link below to read NAGAMAG  REVIEW OF TRIBUTUM

“The composer Nan Avant, originally from the Pacific Northwest,
carries within her the great musical legacy of Peru. Tributum,
written for both Irish bagpipes and Scottish bagpipes (tuned at 440 Hz),
is a work of precious detail, in which the composer conveys to us the finesse
and tenderness of the skin of these heritage instruments.”    Carme Miro

Sonograma Magazine~” a magazine of musical thought and cultural diffusion”  based in  Barcelona, Spain, reviews music from artists throughout the globe. The entire review of the album, including fabulous descriptions of each composer’s orchestral work, is in Catalan and I used Google translate.  Read the complete Album Review HERE

A new recording  of Tributum for Celtic Bagpipes and Full Orchestra  appears on  Legends and Light vol. 2 a Navona Record Label, a PARMA Recording.

Tributum  was recorded in March 2021 at The Glasgow Royal Concert Hall, Glasgow, Scotland, UK.   The RSNO is a magnificent orchestra, the Queen’s Orchestra, and the excellent bagpipers on Tributum,  Lorne MacDougall (How To Train Your Dragon movie) Great Highland Bagpipes  and Ryan Murphy, Uilleann Pipes of Ireland, performed brilliantly on this recording.

The music is by composers from the  U.S. and Scotland and the orchestral works are  centered around light and legends. Tributum being inspired by the legends of the British Isles, the  landscape, legends and music of Scotland and Ireland. Enjoy the album and if you’re inspired,  write a review on Amazon!

The above link will take you to a page with digital links to Spotify,Apple Music etc and to the Amazon CD. The page is dedicated to the CD, Legends and Light, the composers bio’s and details on each recording.

Amazon is currently out of stock of this album, that’s a good sign! Please check  back to Amazon in a few days to order. Greetings and I hope all of you are having a fabulous New Year’s Eve tonight!  A quick update as we leave 2021 and enter a new year of joy, happiness and music!

I found out today that my short film,  Bijoux (the Nebulae), co-created with Stephen Jablonsky and produced by Burmer Music LLC for the Origins: Life and the Universe concert/ CD/DVD (in 2015) has made it’s way to the Space Channel!

Thanks to Glenna Burmer producer and composer , who was contacted by the Space Channel requesting her film, The  Big Bang and other films from ” Origins” for consideration on  their television broadcast.

You can find Bijoux under ” Entertainment” on the Space Channel on TV  (Xfinity, Roku etc)  and  online via your computer.
The link will take you to the online page where my film is placed: Bijoux (the nebulae)   Scroll down to see ” music” and look for ” Glenna Burmer: Bijoux” and the photo of the Horsehead Nebula from outer space!

cheers to all,
Nan
nanavant.com